Shift Holdings Berhad (Shift) was established in 2008 as an automotive aftermarket trading company, specializing in distribution of automotive parts within the US, China and Malaysia. In 2014, Shift managed to obtain exclusive distributorship for Maxx Oil.  Shift subsequently became a major shareholder of Maxx Oil Inc.

Since 2014, Maxx Oil had generated over RM60 million in revenue in Malaysia alone. In addition to the traditional online/offline retail dealership model, the company is exploring new ways of promoting the product. In May 2017, the company successfully launched Maxx ‘N Go, a mobile application aimed at providing convenience to car owners by bringing the service center to their door step.  The application was made available for download since December 2016 and had since then garnered roughly 50,000 downloads as of December 2017. Services are available within Klang Valley, Ipoh and Penang at this stage.

App users will be able to book an on-site appointment through the app and a service crew will travel to the specified location to service the car. Users will only be required to pay for the Maxx Oil’s engine oil (Prices range from RM138 to RM243). In addition, the service crew will also conduct checking on tyres & brakes, transmission, engine, electrical systems and windshield. Major improvements and regional expansion has been planned for the application, including breakdown and emergency call-outs, and to expand their services range to include brake pad and air filter changes.

* Under improvement and expansion pipeline planned for 2018

In June 2017, Maxx ‘N Go partnered with Grab to be their exclusive oil change partner. Grab drivers will be able to enjoy Maxx ‘N Go services at a deep discount. This partnership serves as Maxx Oil’s first step to expand beyond Malaysia. Grab is a Malaysian born ride hailing company and they have the largest fleet of vehicles in Southeast Asia, ranging from bikes, private cars, standard taxis, executive cars and 6 to 13-seaters. The Grab application has 86 million user downloads, with 2.6 million registered drivers across 7 countries and 191 cities. Besides, the average number of daily rides for Grab is about 4 million as of 13 March 2018.

With the average consumption of 4 bottles of engine oil per vehicle per year in Malaysia, the engine oil consumption for Grab drivers will be more than the average user consumption in Malaysia. Hence, this partnership with Grab will attract more grab drivers to use this application for car maintenance due to its flexibility, time and cost saving. These advantages will also be carried forward and implemented in other South-East-Asian countries in the future where Maxx Oil will be able to leverage their network and extend their reach not only within Malaysia but throughout South-East Asia. 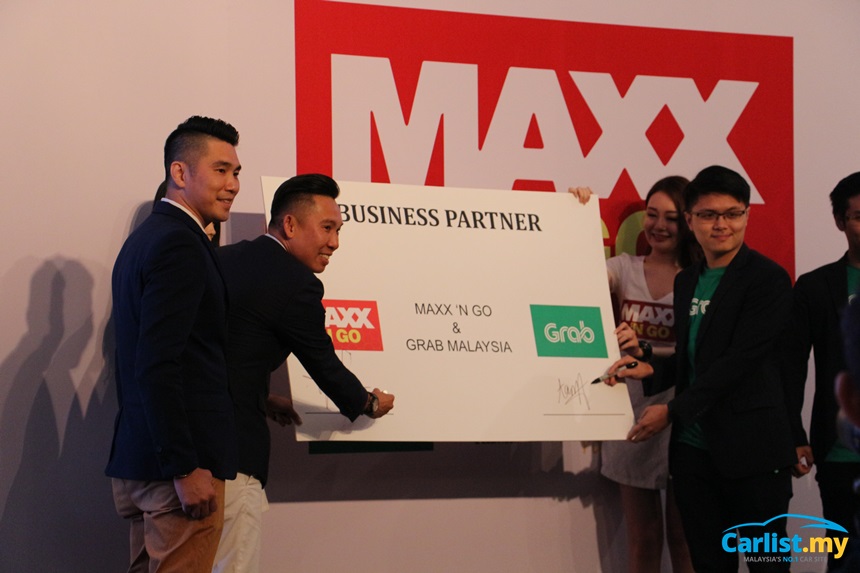 Maxx Oil took a different strategy and market positioning as compared to other emerging brands. Instead of being price focused, Maxx Oil focused on branding and quality, putting them in direct competition with the likes of Shell and Petronas. Their positioning allows them to break away from price wars, allowing them to sustainably maintain their profit margin.

Maxx Oil recently launched their MaxxOil NanoPLUS series, an engine oil that contains billions of 4 to 6 Nano-meter sized diamonds. These diamond powders, upon contact with engine metals, fill the pores of the metal, helping to sustain an oil film in the inner surface of the engine. This seals out debris and moisture that causes corrosion. In addition, the Nano-diamonds transforms the sliding friction which normally occurs into a rolling friction, reducing heat, wear and engine drag, extending the life of the oil and increasing engine performance. This technology is different than those available in the market as Nano-diamonds are usually marketed as an additive, MaxxOil NanoPLUS is a two-in-one solution.

Since 2008, the lubricant industry experienced a huge recovery, with the main growth contributor being Asia. According to an industry report done by Ipsos Business Consulting (2015), Asia’s share of lubricant consumption had grown from 33% of global consumption in 2007 to 45% in 2015. ASEAN in particularly, represented roughly 11%-13% of Asia’s total consumption (2.5 billion litres). Out of these, 36% is contributed by the Passenger Cars and Motorcycle (PCMO) segment. It is expected that ASEAN will remain the key driver for growth and by 2020, is forecasted to account for 15%-17% of Asia’s total consumption, a respectable 5% CGAR.

Malaysia, in particular will contribute significantly to the PCMO segment. Ranked 48th out of 192 countries for having the most vehicles per capita (1st among ASEAN countries), Malaysia surely is an attractive market in the motor oil industry. Passenger vehicles in Malaysia have been steadily increasing for the past 10 years. Despite a slowdown in 2016 and 2017, mainly due to general economic correction, new vehicle growth is still well above the 500,000 mark. With an average of 3 bottles of engine oil used per vehicle per year, that is an increase in 1,500,000 units of potential sales.

Despite operating in a considerably competitive industry, Maxx Oil, through Maxx ‘N Go will be able to penetrate the market faster and retain customers longer due to their focus on convenience and value-added services, a trait most Malaysians, if not everyone, is looking for.